We originally posted Tuesday, January 28, 2014 "Offshore Swiss Bank Account? This May Be Your Last Chance To File A Voluntary Disclosure!," where we discussed that The United States Justice Department has received 106 requests from Swiss entities to participate in a settlement program aimed at ending a long-running probe of tax-dodging by Americans using Swiss bank accounts according to a senior US official.

The Swiss units of Goldman Sachs Group, Inc. and Morgan Stanley are among 106 banks seeking U.S. non-prosecution agreements after saying they had reason to believe they helped Americans violate tax laws, according to three people familiar with the banks’ actions. They have agreed with U.S. authorities to hand over potentially incriminating details about how they might have helped Americans evade taxes, according to people familiar with the situation.

Both Goldman Sachs and Morgan Stanley applied to a Justice Department program that requires banks to disclose how they helped Americans hide assets, hand over data on undeclared accounts and pay penalties, according to the people who asked not to be identified because they weren’t authorized to discuss the matter publicly.

To gain non-prosecution deals, banks must pay 20 percent of the value of accounts not disclosed to the Internal Revenue Service on Aug. 1, 2008, 30 percent for such accounts opened between then and February 2009 and 50 percent for accounts opened afterward. Banks submitted letters of intent by Dec. 31.

Banks seeking non-prosecution agreements must disclose the total number of U.S. accounts since 2008, their highest dollar value, and the employees who managed them. The banks also must use independent examiners to certify findings.
At least 33 banks announced that they will join the program in Category 2, including Cie. Lombard, Odier SCA, Geneva’s oldest bank, and BSI Group, the Swiss private bank owned by Italy’s Assicurazioni Generali SpA.

Banks that said they will participate include:

Category 3 banks seek Justice Department letters saying they’re not a target of a criminal probe. In return, an independent examiner must confirm the bank broke no laws.
The Wall Street Journal earlier reported about the banks’ participation in the U.S. program.

The Justice Department has said that 106 Swiss banks, or more than one-third of the country's total, already have committed to category 2. Attorneys and other experts say many banks have opted for category 2 as a precautionary move, because discovering all client ties to the U.S. can be difficult. The same logic was used by the Swiss operations of Goldman and Morgan Stanley, people familiar with the matter say.

Citigroup Inc. and J.P. Morgan Chase & Co. also have Swiss operations. Citibank Switzerland AG has compiled data in line with the Justice Department program's requirements but hasn't entered into category 2, according to a person familiar with the matter.

These banks will have to disclose a great deal of information about
their American clients, even including some of their names
by April 30, 2014!
The Department of Justice's Tax Division will strictly enforce an April 30 deadline for Swiss banks to comply with disclosure provisions of a bilateral U.S.-Switzerland program to root out tax evaders, a senior DOJ official has subsequently stated.


We have spoken to numerous clients, who have been advised, that their Swiss banks are in the process of turning their account information over to the IRS, pursuant to this US settlement program. 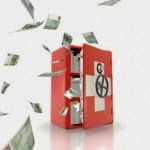 US taxpayers who have unreported income from Swiss bank accounts may now want to consider applying for the US Offshore Voluntary Disclosure Program (OVDP), which sets a limit to the penalties imposed on them by the Internal Revenue Service (IRS) for failing to declare foreign assets and earnings.
However, once the Swiss banks disclosed an account holder's name to the IRS, which they must do by no later than April 30, 2014; the OVDP option is no longer available to that US Taxpayer Account Holder.
Taxpayers who wish to take advantage of the OVDP
must act quickly! 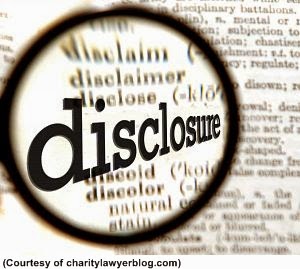 The US Can Use Swiss Data for Law Enforcement Actions!

The new agreement makes clear that “personal data provided by the Swiss banks… will be used and disclosed only for purposes of law enforcement (which may include regulatory action) in the United States or as otherwise permitted by US law.”
Have Un-Reported Income From a Swiss Bank?

On Friday, April 18, 2014, we posted FATCA Picking Up Momentum & US Gives Foreign Banks More Time to Register, where we discussed the IRS' Announcement 2014-17  which provides that countries that have FATCA agreements "in substance" with the United States will be seen as complying with the law, even if the agreements are not finalized by Dec. 31, 2014.

This announcement increased to 48 from 26 the number of countries that have "intergovernmental agreements" (IGAs) with the United States, which allow a country's financial institutions to comply with FATCA via their domestic regulators. This would include Brazil, South Korea and South Africa, among other countries, who are in the process of negotiating IGA with the US.

Before the announcement, many foreign businesses were unsure how to comply with FATCA by July 1, 2014 if their home countries had not yet signed IGA deals with the United States. Countries left off the list were China, Hong Kong, Russia and Singapore.

Since then, the Bahamas, India and the Slavic Republic have executed FATCA agreements, bring the  total to 51 Countries with US FATCA Agreements!

With 21 nations treated as having an agreement, that are "in the process"

New Dates for Registering to Ensure GIIN Inclusion on the IRS FFI List
As described in Notice 2013-43, FFIs resident in, or organized under the laws of, a jurisdiction that is treated as having an IGA in effect, which, pursuant to this announcement includes jurisdictions listed on the Treasury and IRS websites as having reached agreements in substance on IGAs before July 1, 2014, should register on the FATCA registration website as a registered deemed-compliant FFI (which would include all reporting Model 1 FFIs) or a participating FFI (which would include all reporting Model 2 FFIs), as applicable. Importantly, withholding agents are still not required to obtain the GIINs of FFIs that are treated as reporting Model 1 FFIs before January 1, 2015.

See Below For Types of FATCA Agreements signed by each country and Links to the actual Agreements.

Type of Agreement and Links to Agreements.

Jurisdictions that have reached agreements in substance and have consented to being included on this list (beginning on the date indicated in parenthesis):

This is a complete list of joint FATCA statements between the United States and other countries.

Here are some options to consider, even if you can’t pay the full amount right now: 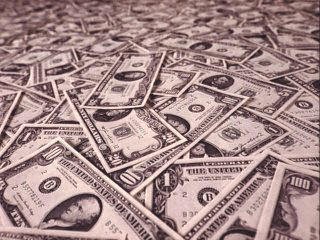 The majority of delinquent taxpayers cannot just write to the IRS and request that their tax bill go away.


Since, some taxpayers might not qualify for an Offeror Tax Bankruptcy relief, we often negotiate a long term Payment Plan with the IRS.


A Payment Plan(Installment Agreement) with the IRS allows taxpayers that cannot afford to full pay their back tax liability the option to pay their Back Taxes through monthly payments. There are guidelines regarding how the IRS determines the payment amount and time frame for the agreement. Additionally, a taxpayer must be compliant with all Past Tax Filings before establishing the agreement. Depending on the circumstances and the amount of time that the IRS has left to collect the tax debt, the Installment Agreement may pay All or Part of the back tax liability!

Once an Installment Agreement has been established the IRS:

However, penalties and interest continue to accrue on the unpaid portion of back tax liability throughout the duration of an Installment Agreement. Additionally, depending on the circumstances, the IRS may file a Notice of Federal Tax Lien to protect their interest until the liability is paid in full. There are certain conditions that must be kept after the Installment Agreement is established such as being compliant with future tax filings and payments.

For those that cannot afford to full pay their back taxes immediately and do not qualify for an Offer, a Payment Plan may be the best alternative.

In negotiating long-term installment agreements, our main objective is to insure that the tax agencies do not impose unreasonable repayment demands, thus leaving the taxpayer unable to meet their monthly obligations.

Offers - Who is Eligible?

Internal Revenue Code authorizes the IRS, to accept less than full amount of tax liability owed in any civil or criminal case arising under the tax laws prior to the case's referral to the Department of Justice. For an Offer in Compromise to be accepted, the taxpayer must establish to the satisfaction of the IRS that the taxpayer either: has no means of paying the tax, or does not actually owe the tax.
Most individual and business taxpayers who owe income taxes, payroll taxes, penalties or interest may submit an Offer in Compromise to settle these liabilities. The IRS will not accept offers from every single taxpayer who submits an offer. One of the following factors must be established in order for the IRS to settle the liability:

The User Guide is over 100 pages and provides instructions for completing the registration process online, including the information required, how registration will vary depending on the type of financial institution, and step-by-step guidance for answering each question.