Marini & Associates, PA  is pleased to announce that Sergio Garcia-Pages, Esq., former Senior Counsel for the LB&I Division of the Office of the Chief Counsel, IRS, South Florida, has become "Of Counsel" to our firm.

Mr. Garcia-Pages has in-depth knowledge of the IRS and significant U.S. Tax Court experience. He is available to collaborate with tax accountants and tax attorneys regarding tax planning for their clients, and to assist, develop, and execute sound settlement and controversy strategies during IRS Audits, IRS Appeals proceedings, U.S. Tax Court proceedings, and IRS Collection efforts of assessed taxes.

Mr. Garcia-Pages is admitted to practice law in Florida, the U.S. Tax Court, and the Federal District Court for the Southern District of Florida.

He is able to transact business in English and he is also literate and fluent in Spanish.

Prior to joining Marini & Associates, P.A.

Mr. Garcia-Pages was a 42-year veteran of the Office of the Chief Counsel, IRS, where he spent the last ten years of his career, either alone or as part of a team of attorneys, advising revenue agents during the audits of taxpayers serviced by the Large Business & International Division (LB&I) of the IRS, such as high net worth individuals and publicly traded companies in various industries.

Sergio has valuable experience addressing factual and legal issues of different complexity involving Federal tax law, both domestic and international, including transfer pricing issues and the application of penalties. He has settled or tried civil fraud penalty cases. Sergio advised IRS agents over the years on multiple tax matters involving real estate acquisition, development and disposition, and is familiar with many of the underlying issues and tax planning techniques.

As Senior Counsel for LB&I, Sergio was known for his keen ability to value the contentious positions of the Government and taxpayers based on hazards of litigation, and for resolving cases on the merits without litigation. He was also well regarded for litigating complex-large-stake cases before the U.S. Tax Court.

Representative Cases
Sergio's litigation experience runs the gamut of factual and technical issues involving domestic and international tax issues, as well as penalties, including the civil fraud penalty.
Significant cases which Sergio successfully litigated in the U.S. Tax Court during the past decade, as lead attorney or active member of the litigation team, include: 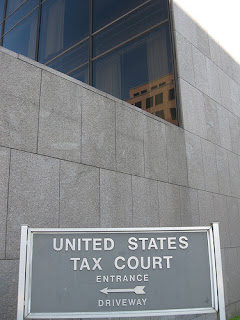