May 30, 2014
Chuck Rubin Posted on RUBIN ON TAX: ASSERTION OF REASONABLE CAUSE DEFENSE TO PENALTY RESULTS IN LOSS OF ATTORNEY-CLIENT PRIVILEGE, where he discusses that written and oral communications between a client and his or her attorney are generally privileged. This includes communications regarding taxes.

In a recent Tax Court case, an example of “the exception swallowing up the rule” arose. The case
threatens to void the attorney-client privilege in a great swath of tax cases that are litigated where the
taxpayer asserts a reasonable cause defense to a penalty.

By asserting that defense, the government claimed that that taxpayer had waived the attorney-client
privilege. The government could thus access communications between the taxpayer and his attorney
that related to the tax issue, because that is relevant to whether the taxpayer acted in ‘good faith.’ More specifically, the government was seeking access to written tax opinions that would otherwise have been privileged.

The Tax Court agreed with the government, finding that the required inquiry into ‘good faith’ makes the reasonable cause exception a ‘state-of-mind’ exception. Thus, a review of the knowledge and thinking of the taxpayer as to the law is relevant. Further, knowledge and statements communicated by the attorneys to the taxpayer relating to the reporting of the tax item are directly relevant to such an inquiry.

Thus, by asserting the penalty exception, the taxpayer waived the attorney-client privilege.

The reach of this exception is broad, since it presumably will apply to all accuracy related penalties,
including fraud penalties, when the reasonable cause exception is asserted by the taxpayer. Thus,
taxpayers and their tax attorneys do have the benefit of the attorney-client privilege, but a taxpayer that wants to assert the privilege may have to sacrifice any claim to any state-of-mind penalty exception, including the reasonable cause exception, if it wants to maintain the privilege. Since reasonable cause is a common and important penalty defense, the impact of this case will be very significant (forcing a choice between an exception to penalty argument vs. protecting privileged communications).

The exception should not result in a waiver of all attorney-client communications – only those relevant to the taxpayer’s state of mind and knowledge of the applicable law when filing its tax return.

I leave it to the litigators whether there is any method to bifurcate the tax determination phase of a
proceeding from the penalty phase, so that the privileged items need not be disclosed unless the
taxpayer lost the tax determination phase. This was attempted in the In Re: G-I Holdings case cited
above. It was not rejected out-of-hand, but was ultimately denied because the court determined that
the taxpayer had already waived the privilege by asserting the reasonable cause defense to penalties
in discovery responses and thus it was too late to salvage it.

Are You Being Audited By the IRS ?

Need A FAST Resolution To You Tax Problems? 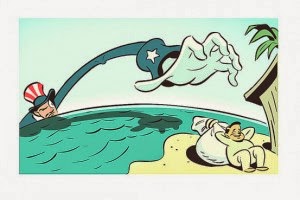 We have previously posted on Tuesday, May 13, 2014, "Zwerner' FBAR Case Goes To Trial 5/20/14 and Will Test The IRS' Ability to Assert The Willfulness Penalty For Multiple Years." where we discussed the U.S. government's Complaint to collect multiple civil FBAR penalties in the amount of $3,488,609.33 previously assessed against Carl R. Zwerner of Coral Gables, Florida for his alleged failure to timely report his financial interest in  a foreign bank account, as required by 31 U.S.C. § 5314 and its implementing regulations. See United States v. Carl R. Zwerner, Case # 1:13-cv-22082-CMA (SD Florida, June 11, 2013).

We had stated that as this case goes to trial on May 20, 2014 it may help to set the standard for whether the IRS can assert willfulness and multiple year penalties in a taxpayer's failure to timely file the Report of Foreign Bank and Financial Accounts (FBAR).

On May 28, 2014, the Department of Justice released the outcome of that trial declaring that a jury in Miami found Carl R. Zwerner responsible for civil penalties for willfully failing to file required Reports of Foreign Bank and Financial Accounts (FBARs) for tax years 2004 through 2006 with respect to a secret Swiss bank account he controlled. According to evidence introduced at trial, the balance of the bank account during each of the years at issue exceeded $1.4 million, and the jury found Zwerner should be liable for penalties for 2004 through 2006. Zwerner faces a maximum 50 percent penalty of the balance in his unreported bank account for each of the three years. The jury found that Zwerner’s failure to report the account was not willful for 2007, and the court will determine the final amount of the judgment after further proceedings in June 2014.

“As this jury verdict shows, the cost of not coming forward and fully disclosing a secret offshore bank account to the IRS can be quite high,” said Assistant Attorney General Kathryn Keneally for the Justice Department’s Tax Division.

“Those who still think they can hide their

U.S. citizens who have an interest in, or signature authority over, a financial account are

required to disclose the existence of such account on Schedule B, Part III of their individual
income tax return. Additionally, U.S. citizens must file an FBAR with the U.S. Treasury
disclosing any financial account in a foreign country with assets in excess of $10,000 in which
they have a financial interest, or over which they have signatory or other authority. Those who
willfully fail to file their FBARs on a timely basis, due on or before June 30 of the following
year, can be assessed a penalty of up to 50 percent of the balance in the unreported bank account
for each year they fail to file a required FBAR.

The evidence at trial showed that Zwerner opened an account in Switzerland in the1960s, which he maintained in the name of two different foundations he created. Zwerner was able to use the proceeds of the account whenever he wanted and used it for personal expenses,including European vacations. Even though he filled out a tax organizer provided by his accountant, every year, Zwerner answered “no” to questions asking whether “you have an

interest in or signature authority over a financial account in a foreign country, such as a bank account, securities account or other financial account” and whether “you have any foreign income or pay any foreign taxes.”
U.S. persons must report their worldwide income on their taxes. Plus, they must file an FBAR annually if their offshore accounts total over $10,000 at any time.  If you have both failures, the IRS wants you to go into the Offshore Voluntary Disclosure Program, also known as the OVDP. It involves reopening 8 tax years, and paying taxes, interest and penalties, but no prosecution.
The OVDP penalties including the FBAR Penalty equal to 27.5% of the highest balance in the offshore accounts; can  and do and do far exceed the unpaid tax on the undeclared account. As a result, some people want to amend  and file their taxes and file FBARs  without  participating  in the OVDP  program and  thereby pay the taxes they owe, but no the 27.5% penalty. The IRS  refers to this as a "quiet disclosure," which they currently discourage and advise taxpayers that they will find  these quite disclosures, audit them and that they have exposure  to the higher 50% FBAR penalty.

The IRS is reviewing amended returns and could select any amended return for examination. The IRS has identified, and will continue to identify, amended tax returns reporting increases in income. The IRS will closely review these returns to determine whether enforcement action is appropriateIf a return is selected for examination, the 27.5 percent offshore penalty would not be available. When criminal behavior is evident and the disclosure does not meet the requirements of a voluntary disclosure under IRM 9.5.11.9, the IRS may recommend criminal prosecution to the Department of Justice."
Many have been wondering whether the IRS will pursue examinations of "Quiet Disclosures" of taxpayers residing in the United States in some manner.  Now these Taxpayer's have their answer: They Will!

As Mr. Zwerner  discovered a incomplete attempt to make a voluntary disclosure on an anonymous  basis will not  protect you from  the assertion  of the 50%  intentional failure to file penalties. You are either in  the OVDP program or you are not!

The IRS  assessed Mr. Zwerner $3,488,609.33 in penalties for FBAR violations, based upon 50% of the highest balance in his account(s) each year. Mr. Zwerner fought the penalty in court, but a jury has found in favor of the IRS. The jury found Mr. Zwerner willful for 2004, 2005 and 2006, but not for 2007.
That meant  upholding the assessment of FBAR penalties  in the amount  of  $2,241,809 for an account worth $1,691,054. . The fact that Mr. Zwerner kept the accounts under two different entity names, and his tax return said “No” he didn’t have any foreign accounts; supported  the IRS is  conclusion  that Mr.  Zwerner's  failure  to file his FBAR report was intentional.
The court is expected to next address that the issue whether such penalties could be unconstitutional. The Excessive Fines Clause of the  Eighth Amendment  provides that a civil penalty may be unconstitutional if it is part punishment, and if the punishment is grossly disproportionate to the conduct.
Did You Make a "Quite Disclosure"? 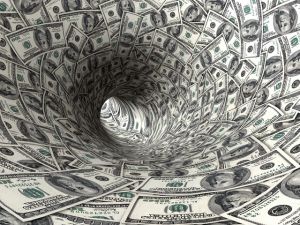 Read more
May 23, 2014
You May Qualify For An In-Business Trust Fund Express Installment Agreement 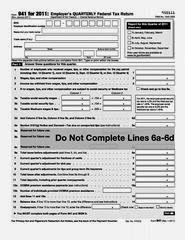 The criteria to qualify for an IBTF-Express IA are: