The Internal Revenue Service advised tax professionals and taxpayers today that pre-paying 2018 state and local real property taxes in 2017 may be tax deductible under certain circumstances.


The following examples illustrate these points.

The IRS reminds taxpayers that a number of provisions remain available this week that could affect 2017 tax bills. Time remains to make charitable donations. See IR-17-191for more information. The deadline to make contributions for individual retirement accounts, which can be used by some taxpayers on 2017 tax returns, is the April 2018 tax deadline.

We Can Advise on How These Tax Cuts Can Benefit You! 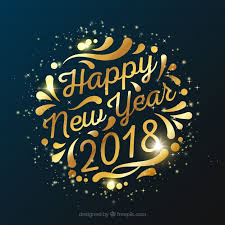 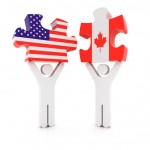 A Canadian court has granted the U.S. government’s request to extradite a tax attorney who is facing charges back home accusing him of helping former partners of Ernst & Young LLP develop and market fraudulent tax shelters, while dodging more than $8 million in taxes himself.

In 2007, David L. Smith, a tax lawyer and CPA, was indicted for tax and conspiracy charges along with another tax planner and four Ernst & Young, LLP, partners, for having designed and sold tax schemes to E&Y’s clients as well as cheating on his own taxes and failing to report his foreign bank account.

According to court records in the New York criminal case, federal prosecutors alleged that four members of Ernst & Young’s group for “high-fee tax strategies” led an effort to design and market tax shelter transactions used by wealthy individuals to eliminate, reduce or defer tax liabilities on annual income that generally exceeded $10 or $20 million. Smith’s four other co-defendants were found guilty of all charges in a 2009 trial, although two of the four had their convictions reversed on appeal. Smith never showed up to court.

Instead, Smith decided in 2007 to flee to British Columbia. When the United States government tried to force him to return to New York to face his charges, Smith hired a Canadian lawyer to defend him against extradition.

The firm admitted in a civil nonprosecution agreement that some of its employees and partners allowed about 200 high net-worth clients to engage in illegal tax shelters between 1999 and 2004. E&Y prepared tax returns that showed false tax losses and later defended some clients during IRS audits. The $123 million represents the fees E&Y earned from those engagements.

The US-Canada extradition treaty only permits extradition to the United States where the defendant is charged with a crime that’s also a crime in Canada. The analogous Canadian law prohibits fraud on the public or a person. Smith’s lawyer claimed that Smith was charged with defrauding the IRS, which isn’t a person or “the public.”

The Canadian court didn’t buy that the IRS isn’t a “person” or a proxy for “the public,” because, as it pointed out, the IRS collects tax revenue for the government, and in Canada it is illegal to defraud “her Majesty in Right of Canada,” meaning the government of Canada. Tax fraud is illegal in Canada as well, so Smith could be extradited to the United States on tax fraud charges.

However, Smith can appeal the extradition order to the British Columbia Court of Appeal, and then to the Supreme Court of Canada which can take many, many years for a well-financed defendant to be extradited from Canada to the United States.

Since three of his five co-conspirators were convicted and Ernst & Young his former firm agreed to pay $123 million to settle with the IRS, Smith probably prefers to remain in Canada, as his odds remaining free in the US don't look good.

Have a Criminal Tax Problem? 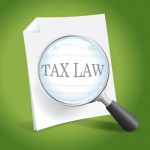 According to Law360, this year resulted in some major setbacks in court for the Internal Revenue Service and the U.S. Department of the Treasury, including rulings that set aside anti-inversion regulations for violating the administrative law and siding with a Greek company over the taxation of foreign partners.

The government lost a court battle against the U.S. Chamber of Commerce when in September a Texas federal court set aside a temporary IRS rule providing for the tax treatment of foreign companies that acquire domestic businesses. The rule was responsible for sinking a planned $160 billion merger between Pfizer Inc. and Irish counterpart Allergan PLC in 2016.

A federal district court in Texas found the anti-inversion rule violated the Administrative Procedure Act’s notice-and-comment requirements and granted summary judgment to the Chamber of Commerce.The temporary rule was a substantive regulation, and the IRS and Treasury could not rely on an exception permitting interpretive rules to be issued without the typical 30-day period for public feedback, U.S. District Judge Lee Yeakel concluded.

Observers said the implications of the ruling extended beyond the regulation at issue and gave opponents the grounds to challenge nearly any temporary rule issued by the agency.

“Corporate taxpayers who have engaged in inversion transactions should benefit, as should those taxpayers who plan on challenging temporary regulations for which the IRS and Treasury Department did not comply with the APA notice-and-comment requirements,” said Jim Smulkowski, a tax partner at Paul Hastings LLP.

The IRS has appealed the decision to the Fifth Circuit.

The case is Chamber of Commerce of the U.S. v. Internal Revenue Service et al., case number 1:16-cv-00944-LY, in the U.S. District Court for the Western District of Texas, Austin Division.

In a big win for a Greek mining company, the U.S. Tax Court in July excused $4 million in tax liabilities imposed by the IRS on a gain from the sale of interest in Premier Chemicals LLC, a Pennsylvania-based magnesite producer and distributor.

The Tax Court found Grecian was not liable for accuracy-related penalties for 2008 or addition to tax in 2009, rejecting the IRS’ 26-year-old stance on taxing foreign investor profits from partnership interest sales.

Saba Ashraf, who leads the tax practice at Ballard Spahr LLP, said Grecian was one of the most important cases in 2017 because it essentially cast doubt on Rev. Rul. 91-32, which says that a foreign partner is subject to U.S. tax on gains from the sale of an interest in a partnership to the extent the gain is attributable to a U.S. trade or business or the business assets of the partnership.

That revenue ruling had never been publicly disputed before.

“The Tax Court held that a foreign partner's capital gain from the sale of its interest in a partnership engaged in a U.S. trade or business is not subject to U.S. federal income tax, except to the extent attributable to the partner's share of the partnership's U.S. real property interests,” Ashraf said.

“The case affects how foreign investors invest in U.S. businesses that are in partnership or other flow-through forms,” she said. “Conventional wisdom is that a foreign partner should not own an interest in a pass-through entity if it wants to ensure the gain on the sale will not be subject to U.S. tax.”

Ashraf said the tax bill under consideration in Congress could overwrite the case, and practitioners are waiting to see what the IRS’ response will be going forward.

The Sixth Circuit in February reversed a Tax Court decision that found the so-called substance-over-form doctrine applied to the transfer of money from a domestic international sales corporation to the Benenson family members’ Roth individual retirement accounts.

The appeals court said the IRS could not use the doctrine to reclassify legal transactions as violating the tax code. Roth IRAs are designed for tax-reduction purposes, which was how the Benensons used them, and the Internal Revenue Code allows traditional and Roth IRAs to own DISCs, the court said.

In the case, the Benenson family created a domestic international sales corporation, Summa Holdings, to transfer money from their family-owned company to their sons’ IRAs. The Tax Court had upheld the commissioner’s determination that the contributions should be recharacterized as dividends.

While the question at issue in the case is a technical one — whether Roth IRAs can hold stock in DISCs — the Sixth Circuit reversal “solidly affirms the textual primacy of the code,” which will be influential in years ahead, said Edward A. Zelinsky, a professor of law at Yeshiva University’s Benjamin N. Cardozo School of Law.

Zelinsky said the Summa Holdings decision was “troubling as a matter of tax policy,” because under the ruling the earnings associated with the DISC will never be taxed. He added, however, that the Sixth Circuit properly found that any policy corrections should be handled by Congress and not the courts, and the case itself contributes to debate about when courts can disregard the language of the code.

“My own view is that the courts should be very reluctant to disregard the literal terms of the Internal Revenue Code to reach policy outcomes,” Zelinsky said. “Summa Holdings is a persuasive confirmation of this view.”

The case is Summa Holdings Inc. v. Commissioner, case number 16-1712, in the U.S. Court of Appeals for the Sixth Circuit.

The Tax Court in April wiped out a $41 million tax deficiency for the estate of Andrew J. McKelvey, CEO and founder of the job seeker website Monster Worldwide Inc., saying contract extensions for exchanging stocks with two investment banks did not result in capital gains.

The case focused on whether changes made in 2008 to McKelvey’s variable prepaid forward contracts with Morgan Stanley & Co. International PLC and Bank of America N.A. resulted in taxable exchanges.

The IRS had said the contract extensions resulted in McKelvey realizing a gain of some $200 million in 2008, the year he died.

The Tax Court, however, disagreed, saying the contracts were not property when the extensions were executed, so McKelvey could not have had property that could be disposed of for gain or loss.

Eric Sloan, a tax partner at Gibson, Dunn & Crutcher LLP, said the case is important because there is not much law in the area.

“There are billions, perhaps trillions, of dollars of outstanding nondebt financial instruments, including variable prepaid forward contracts, in the U.S. at any given time,” Sloan said. “McKelvey, whatever one thinks of the IRS’ approach in the litigation or the Tax Court’s rationale in its decision, will certainly make tax advisers more comfortable when advising on the modification of these types of contracts.”

The case is McKelvey v. Commissioner of the Internal Revenue Service, Docket No. 26830-14, in the U.S. Tax Court.

The Court of Federal Claims, in a decision unsealed in June, found a former senior vice president of a hedge fund management company was entitled to a refund of $7.86 million because the IRS incorrectly classified an $18.75 million bonus payment from her then-employer Paulson Europe LLP as a partnership distribution.

Mina Gerowin Herrmann and her husband, Jeffrey W. Herrmann, who lived in London but are U.S. citizens, paid taxes to the U.K. at a rate that was higher than the applicable U.S. tax rate, but the IRS determined that amount was a partnership distribution to Mina Herrmann and argued the couple owed almost $8 million to the government.

The Herrmanns paid the taxes and interest, then asked for a refund, arguing the $18.75 million was not a partnership interest payment but instead a bonus, therefore she did not need to report the payment until they received it in 2009.

The court found the payment was appropriately categorized as a payment for services outside her capacity as a partner and circumstances surrounding the issuance indicated it was not a partnership distribution.

Abraham N.M. Shashy Jr., a tax partner at King & Spalding LLP who represents the Herrmanns, said the case is important because it was the first to interpret and apply tax code section 707(a)(2)(A).