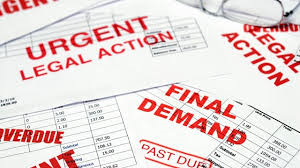 On Tuesday, April 4, 2017 ,we posted Private Debt Collection of Some Overdue Federal Taxes Starts in April! where we discussed that the IRS announced that it plans to begin private collection of certain overdue federal tax debts next spring and has selected four contractors to implement the new program.
According to the IRS  the Internal Revenue Service began sending letters to a relatively small group of taxpayers whose overdue federal tax accounts are being assigned to one of four private-sector collection agencies starting April 2017.
The program which started April 2017 with a few hundred taxpayers receiving mailings and subsequent phone calls, with the program growing to thousands a week later in the spring and summer.
Taxpayers with overdue taxes will always receive multiple contacts, letters and phone calls, first from the IRS, not private debt collectors.
Only four private groups are participating in this program:

The taxpayer’s account will only be assigned to one of these agencies, never to all four. No other private group is authorized to represent the IRS.

Now Sen. Elizabeth Warren of Massachusetts and three other Democratic senators are urging the Federal Trade Commission to review the debt collection practices of four private companies contracted by the Internal Revenue Service, citing concerns of threats to taxpayers and violations of taxpayers’ privacy.

Warren and Sens. Cory Booker of New Jersey, Benjamin Cardin of Maryland and Sherrod Brown of Ohio said in a letter to the FTC that the call scripts of the four companies used by the IRS warrants review because the scripts may contain implied threats, violate taxpayers’ privacy through information sharing with third parties, and inadequate responses to cease-and-desist requests from taxpayers.

“Taxpayers contacted by IRS contractors are at serious risk of abuse,” the lawmakers wrote. “The Taxpayer Advocate has reported that more than half of the initial accounts referred to these private debt collectors are for taxpayers below 250% of the federal poverty level.”

Noting that the FTC, which has a dual mission to protect consumers and promote competition, is responsible for enforcing compliance under the Fair Debt Collections Practices Act, the senators asked the agency to also report back on whether it previously reviewed the private debt collectors’ call scripts, actively monitors complaints against the four contractors, or had received complaints against them.

The legislators requested the results of the FTC review to be delivered by Sept. 1, along with details on what actions have been taken to date based on any complaints that may have been received.
The PATH Act of 2015 included a provision requiring the IRS to hire private debt collection agencies, even though the IRS has twice before discontinued such programs after finding that the private companies failed to collect as much tax revenue as originally envisioned and after hearing complaints of taxpayer harassment. But after Congress required it to give the private debt collection program another try, the IRS selected four private contractors last September:
Warren and some of the same senators sent a letter last month to Pioneer after receiving complaints that some of its employees encouraged people to use money from their 401(k) retirement funds or take out a second mortgage to pay off their tax debts. In the new letter, Warren and the other lawmakers asked the FTC to review the call scripts used by all four debt collection agencies and to answer several questions, including whether the FTC is actively monitoring complaints against the four contractors hired by the IRS to collect tax debts, whether the FTC has received any such complaints and what the nature of them is.

Pioneer's call script, posted by The New York Times, includes questions such as "Is it possible to pay your balance in full within 30 days," followed by suggestions on where taxpayers can get the money, such as borrowing against their 401(k) or taking out a loan from a credit union.
The National Treasury Employees Union, which represents IRS workers, supported the senators’ call for an FTC investigation of the contractors. It pointed out that the companies collect a commission of up to 25 percent and argued that the private debt collection program opens new doors for scammers to impersonate IRS personnel, disproportionately targets low-income taxpayers, and exposes taxpayers’ private data.
“This is a job for the dedicated, professional civil servants of the IRS because, unlike private contractors, they are specially trained to help bring taxpayers into compliance with compassion and fairness,” said NTEU national president Tony Reardon in a statement. “We are glad that some in Congress are aware of the harm that can come from privatizing certain government functions, and we believe Congress will once again abandon this bad idea.”
The lawmakers said in the June letter that they were generally concerned about taxpayer risks from all the debt collectors, but about Pioneer in particular because of “the abuse of federal student loan borrowers by its parent company, Navient, through its Education Department student loan servicing contracts.”

Pioneer’s scripts may contain “intimidating language that shouldn’t be there about marking accounts as unwilling to voluntarily satisfy debts, that letter said. The company may also be violating the Internal Revenue Code by offering installment plans of up to seven years when they are supposed to be capped at five, according to the letter.

The lawmakers also pointed to Pioneer’s contractual obligation to tell taxpayers about their right to help from the Taxpayer Advocate Service.

“But there is no evidence in the Pioneer call scripts, which contain numerous disclosures and examples of legal requirements, that the collector intends to provide this information to taxpayers,” the letter said.

Don’t Wait to Hear from the IRS or a Contractor

As always, the IRS encourages taxpayers behind on their tax obligations to come forward and either pay what they owe or set up a suitable payment plan. This means there’s no need to wait for a phone call or letter from the IRS or any of its contractors.

Frequently, taxpayers qualify for one of several payment options, and taking advantage of them is often easier than many people think. For more on YOUR OPTIONS see our Blog Post dated April 4, 2017 Choices for Taxpayers Who Can Not Pay Their Tax Bill(s).

Can't Pay ALL of Your Taxes?