Bahamas Agrees to Enter into FATCA Agreement With the US!

In his contribution to the House of Assembly, on August 12, 2013, Minister of Financial Services Ryan Pinder said that the Bahamas Government has agreed that the country will achieve compliance under the United States Foreign Accounts Tax Compliance Act (FATCA) by negotiating and entering into a Model 1 Intergovernmental Agreement (IGA) with the United States Department of the Treasury.

Minister Pinder said: “The Government of The Bahamas has also agreed to the establishment of an inter-Ministerial committee on FATCA under the leadership of the Ministry of Financial Services be established with the following mandate: to prepare an implementation strategy for FATCA, inclusive of the draft FATCA Agreement; to prepare and issue a Request for Proposals (RFP) for the development and implementation of a FATCA reporting system; to oversee all aspects of the implementation of The Bahamas’ FATCA compliance and to oversee the necessary legislative reforms.”

“Financial institutions that do not comply with the FATCA requirements face a 30 per cent withholding tax on all of their US payments and will be deemed a “non-Participating Foreign Financial Institution,” he said. 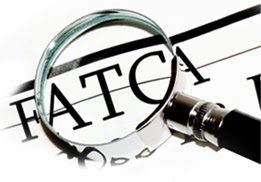 The Ministry of Financial Services, he said, initiated its education and private sector consultation work programme on FATCA in September 2012. In January 2013, the Ministry launched its FATCA strategy document that provided a road map to achieving FATCA compliance.

Minister Pinder pointed out that on March 1, 2013, he led a delegation to Washington, D.C., to meet with US Treasury Department and Internal Revenue Service (IRS) officials to commence discussions on FATCA.

“I provided the US officials with a brief overview of the positive 10-year experience between the two countries with respect to the TIEA process,” he said. “It was noted that The Bahamas was committed to honouring its treaty obligations.”

“The meeting attracted over 300 professionals including government and private sector officials from at least 10 Caribbean countries,” he added. “In addition to the open sessions of the meeting, the Ministry had arranged for a closed door session with regional government officials and private bilateral consultations with 10 Caribbean governments.”

Minister Pinder stated that on April 9, 2013, the US Treasury updated its FATCA exemption Annexes (Annex II) of both Model IGA agreements to include an exemption for “trustee sponsored trusts” such that a trust with a professional trustee, would be exempt from the registration and FFI agreement requirements, where the due diligence and reporting (where there are US interests) are carried out by the professional trustee which is an FFI under FATCA.

“The significance of this amendment for The Bahamas trust industry cannot be overstated,” Minister Pinder noted.

Minister Pinder added that, while Model 1 requires that a reporting infrastructure be developed within the Competent Authority, such an infrastructure might be necessary in the long run given international developments in tax cooperation.

These agreements pierce the veil of confidentiality with the aim of facilitating tax compliance with a foreign tax authority, he pointed out.

Do You Have Unreported Bahamian Bank Income?